This year has been a tough one for most people, however, it hasn’t stopped the popular TV star from counting her blessing. 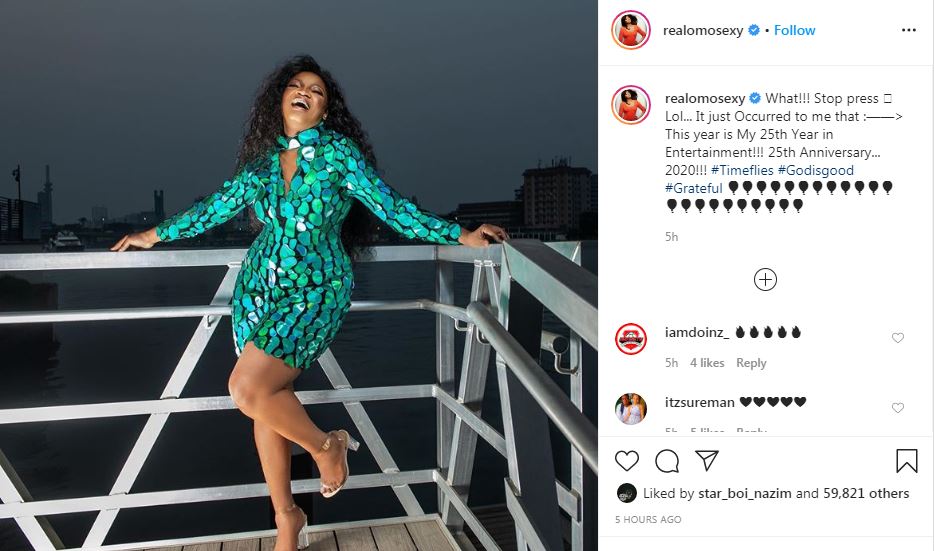 After her Nollywood debut in 1995, the popular actress has gone on to star in well over 300 films.

The 42-year-old has taken a back seat in major roles in recent Nollywood movies. Nevertheless, she has remained relevant in the industry.

In other news, Omotola Jalade Ekeinde has a message for followers who beg for Covid-19 palliatives.

The actress who stopped taking part in Nigerian movies in recent times, sent out the message while following everyone who newly followed her on Twitter.

This ‘follow back’ session got the actress hooked online while interacting with her fans. And followers who noticed the actress was online and active decided to seize the rare opportunity to get interactive with her.

On Entertainment!! Tiwa Savage Shows How Her Son, Jamil Wakes Her Up Every Morning (Video)